NewsAnalysis and opinionStovePlus positioning and advocacy

StovePlus was a global initiative led by Geres facilitating access to improved cooking solutions. We have been bringing over 20 years of field experience from Asia and Africa to help support and build up clean cooking projects worldwide.

Who We Are & What We Believe in

Our support to project holders plays an important role in improving energy access to those at the Base of the Pyramid (BoP), the world’s poorest and most vulnerable populations, and contributes to the goals set out by the Global Alliance for Clean Cookstoves (GACC) and the United Nation’s (UN) Sustainable Energy for All (SE4ALL) initiative.

Our actions are shaped by our values and beliefs in knowledge sharing and exchange, building long lasting partnerships, technological innovation as a driver for change, adapted solutions, local participation and ownership and holistic interventions.

We uphold and advocate these core beliefs on the field, among our partners and in the international cookstove community. 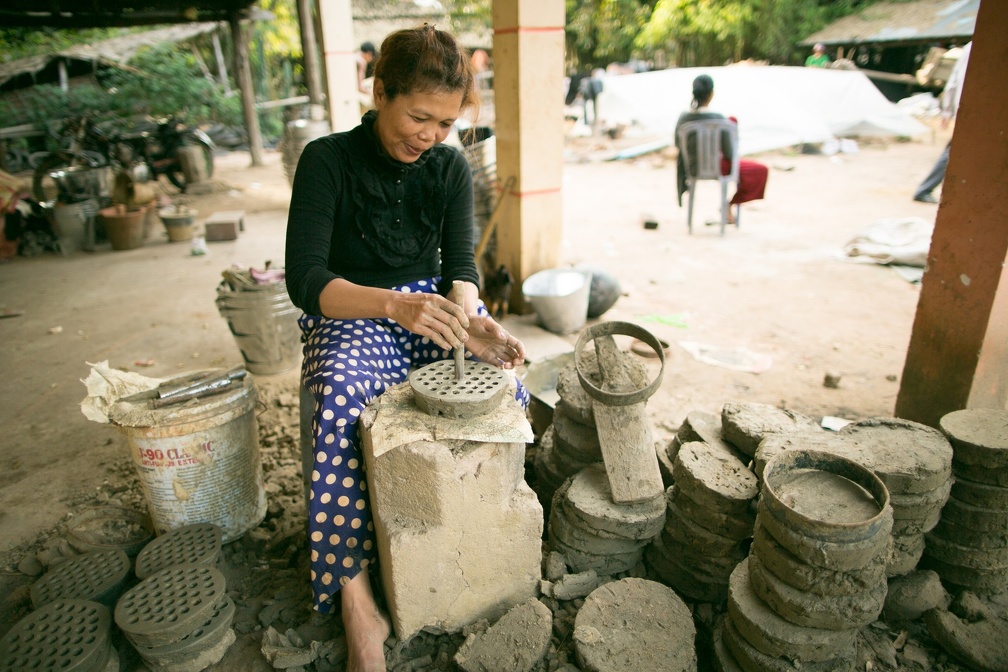 Where We Stand on Biomass Energy

A Relevant Energy for Households in the Least Developing Countries

Energy access has become one of the most important and challenging development issues of our time, affecting our capacity to improve global health, education, climate and livelihoods. Today, an estimated 2.7 billion people rely on biomass for cooking and its use will remain significant over the next few decades. For these populations, solid biomass including wood, charcoal and agricultural residue, is essential for meeting basic living needs. In some areas of the world and in particular Africa, the use of solid biomass is expected to increase due to high population growth and urbanization.

Improving energy access is essential for the well-being of people and ecosystems around the world. We support improved access to more advanced fuels; however we also recognize that for the world’s poorest populations these resources are often unavailable, inaccessible or too costly and it will remain the case for many years to come. We also believe that going directly to advanced fuels may exclude the poorest, creating a larger energy gap in developing countries. Therefore, in order to reach those at the Base of the Pyramid1 we advocate for more efficient and cleaner use of biomass energy as a compliment to other measures that facilitate access to energy.

A Sustainable and Modern Energy through Technological Innovation

Biomass energy has often been labeled as “dirty” and “out-dated”, especially when compared to Liquid Petroleum Gas (LPG). We recognize that LPG is a cooking fuel with higher potential to reduce Household Air Pollution (HAP). Indeed, we would need significant advancements in science and technology to make solid biomass a clean and modern energy. However, we believe that technological innovation can drive change and that this locally relevant and renewable energy can be used in a more sustainable and modern way. We strongly believe that it is the inefficient transformation and use of solid biomass, coupled with unsustainable forest management practices, that contributes to adverse effects on human health and the environment, such as Household Air Pollution (HAP) and forest degradation.

A Valuable & Profitable Sector for the BoP

The energy sector plays a very important role in the economies of the Least Developing Countries (LDCs). Though mostly informal, the biomass sector has a high economic value and contributes significantly to local employment. Global woodfuel and charcoal production activities generate about US$ 33 billion per year2. In Kenya alone, charcoal production generates US$ 450 million per year and employs over 500,000 people3.

Biomass use in the LDCs is not only a reality, but an important source of income and opportunity for local populations. We recognize that there are many market actors in biomass value chains and that its organizational structure may not always profit or empower the most vulnerable.

However, we still believe it is an important source of income for the Base of the Pyramid and one that should not be disregarded. 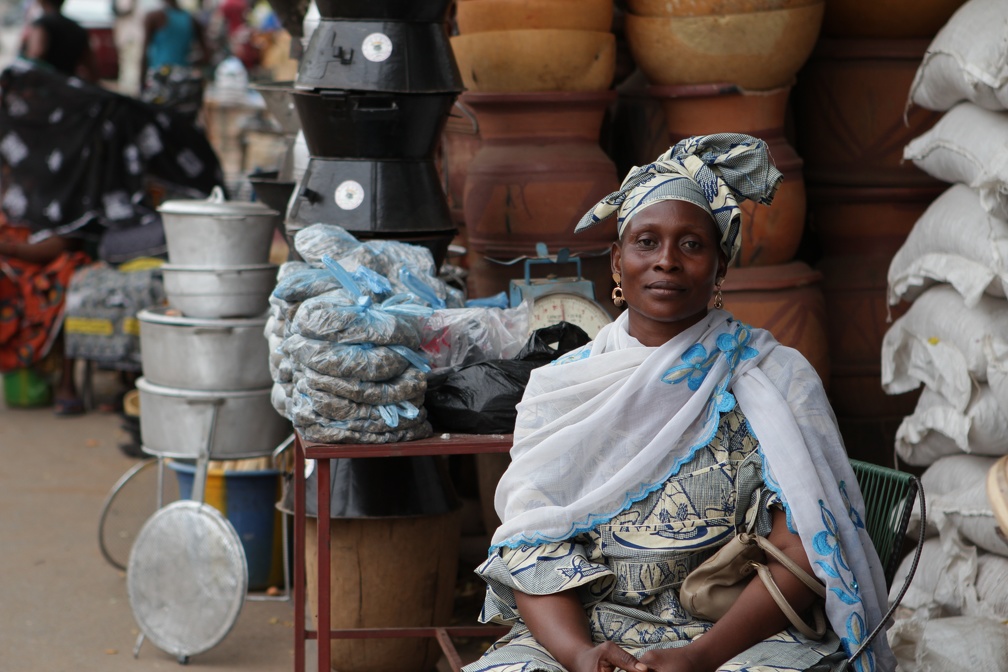 Where We Stand on Improved Cookstoves

In certain areas and especially in tropical regions, the use of solid biomass for cooking may put pressure on local forest resources and in this context improved cookstoves (ICS) can provide an effective solution. ICS technologies have demonstrated their ability to increase energy efficiency and significantly reduce the amount of fuel needed for cooking. Our field experience has shown this capacity and we firmly believe that improved cookstoves can save fuel and reduce pressure on local resources, helping communities to lower their consumption of woodfuels and potential impacts on forests.

Cooking with solid biomass over open fires or on efficient stoves releases an array of air and climate pollutants, such as Carbon Dioxide (CO2), Methane (CH4), Black Carbon (BC) and other fine particles. Burning biomass currently represents 2% of global Greenhouse (GHG) gas emissions4; a relatively small amount but one that can still be further reduced.

Recently, improved cookstove projects have been receiving and selling carbon credits for their capacity to reduce CO2 emissions; one of the largest contributors of climate change.

While these projects have demonstrated significant CO2 reductions, recent research has found some weaknesses in carbon monitoring methodologies and discrepancies between the amount of woodfuels saved and real impacts which depend on deforestation and forest degradation dynamics5. As a result, it remains unclear to what extent improved cookstoves can reduce GHGs and mitigate climate change impacts originating from the use of biomass for cooking.

However, methodologies are being discussed and improved, with better assessment of the fraction of non-renewable biomass used to calculate the impacts of reduced woodfuel consumption on forests or by linking improved cookstove projects to REDD+6 methodologies which could provide more accurate and locally relevant estimates of CO2 savings. In addition, research looks promising on the subject of Black Carbon; a short-term but potent climate pollutant recognized as the second largest contributor of climate change. Recent studies and laboratory tests have shown an ability to significantly reduce BC emissions through improved cookstove technologies. However, more research is needed as the scientific community is still learning much on the nature of Black Carbon and its interaction with other pollutants.

Inefficient biomass cooking releases large amounts of Carbon Monoxide (CO) and Particulate Matter (PM) which lead to respiratory, cardiovascular and eye diseases, especially in women and children. The World Health Organisation (WHO) estimates that 4.3 million premature deaths per year occur due to inefficient biomass cooking. Exposure to these pollutants depends on a number of factors, such as kitchen space, ventilation, cooking habits, fuel type and stove characteristics. Recent studies have shown that improved cookstoves have a high capacity to reduce HAP.

For example, the recent RESPIRE study demonstrated large reductions in CO exposure in women and children (91% and 61 %, respectively) when using an improved wood stove with chimney. Such studies that evaluate real time exposure to health pollutants not only before and after the introduction of an improved cookstove, but also across control and intervention groups are essential for proving health impacts. However, they are also few and far between. We believe that improved cookstoves stand to play a significant role in reducing HAP; however more exposure studies are needed to validate such reductions and especially in field settings.

In addition, considerable research is needed to better understand the interplay between HAP reductions and reduced health risks. The relationship between these two factors is not proportional and as a result it is unclear how much HAP reductions are needed to significantly reduce health risks related to biomass cooking.

Women are the most affected by inefficient biomass cooking and stand to gain the most from improved cookstoves, including reductions in Household Air Pollution (HAP), fuel savings and time savings. In some cases and especially in refugee settings, reduced consumption of woodfuels may also protect women against violence experienced during wood collection.

While we recognize the high potential to improve women’s safety and livelihoods through the use of improved cookstoves,
there is very little quantitative evidence to support it. More research is needed in this area, in particular investigating whether or not fuel and time savings actually lead to increased safety, income generating opportunities and empowerment.

Around the world, improved cookstove initiatives have demonstrated their social added value and ability to create positive social impacts, such as developing skill sets, creating employment opportunities, inspiring entrepreneurship and stimulating local markets. However, much like gender impacts, it is an area with little quantitative evidence. Claims made on the subject are mostly project specific and anecdotal. Our own experience working on improved cookstoves in South-East Asia and West Africa leads us to believe that it is possible to create positive social impacts and improve the lives of women and their households; however more research is needed to validate these experiences.