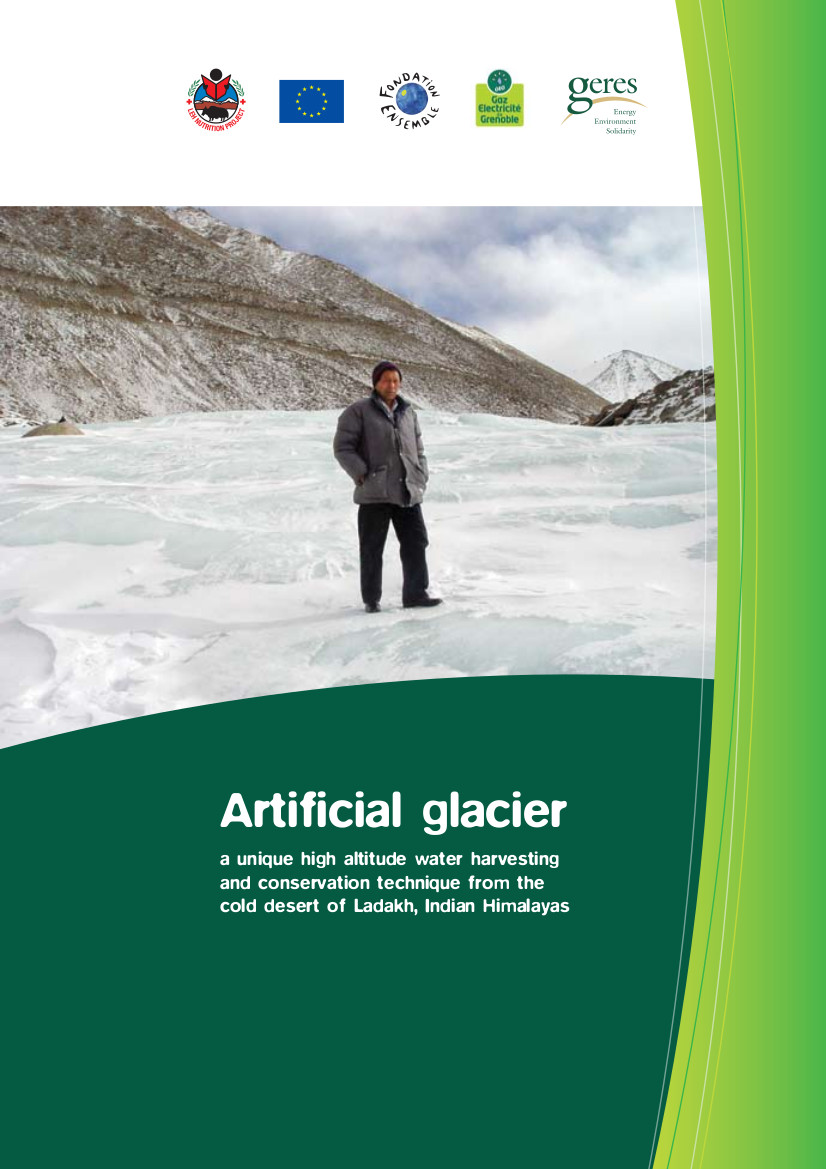 The cold desert region of Ladakh is an isolated, inhospitable terrain that lies in the western Himalayas sandwiched between Pakistan and China at an altitude of 3,000-5,000 meter above sea level. The region is characterized by extreme seasonal temperatures ranging from +40 to -40 degree Celsius, meager annual rainfall (50-100mm). In this region literally each village has a small glacier above it which plays a very important role in the sustenance of life as they are the only source of water, be it for domestic use or for irrigation. Agriculture is completely dependent on gravity irrigation; there is no rain fed agriculture.

Over the last few years, impacts of global climate change have been increasingly visible in Ladakh. Rainfall and snowfall patterns have been changing; small glaciers and permanent snow elds are melting aecting water runo in the streams, and rise in temperature and humidity inducing favorable conditions for the invasion of insects and pests. Two villages, Shun Shadey and Kumic, have already been relocated due to water shortage and are examples of climate refugees. Data clearly indicates that snowfall has decreased by 50 percent over the past 30 years. Likewise, there is an increase in temperature by nearly 1º C for all the winter months and nearly 0.5ºC for summer months since 1973.

Besides, due to the short summer season cultivation, only one crop per year is possible which needs to be sown in April/ May. If it is not sown at this time the crop cannot be fully matured, resulting in low yielding crops. However, at that time of the year there is not sucient water in the streams as the natural glaciers melt only in June.

Keeping the above facts and requirements in mind, locals had devised a unique system of water harvesting to augment irrigation water. The system of “Articial Glaciers” was then revived by Mr. Norphel, working with Leh Nutrition Project (LNP).

The study was conducted in three of the six villages in Leh district where artificial glaciers were built by GERES partner, Leh Nutrition Project (LNP).