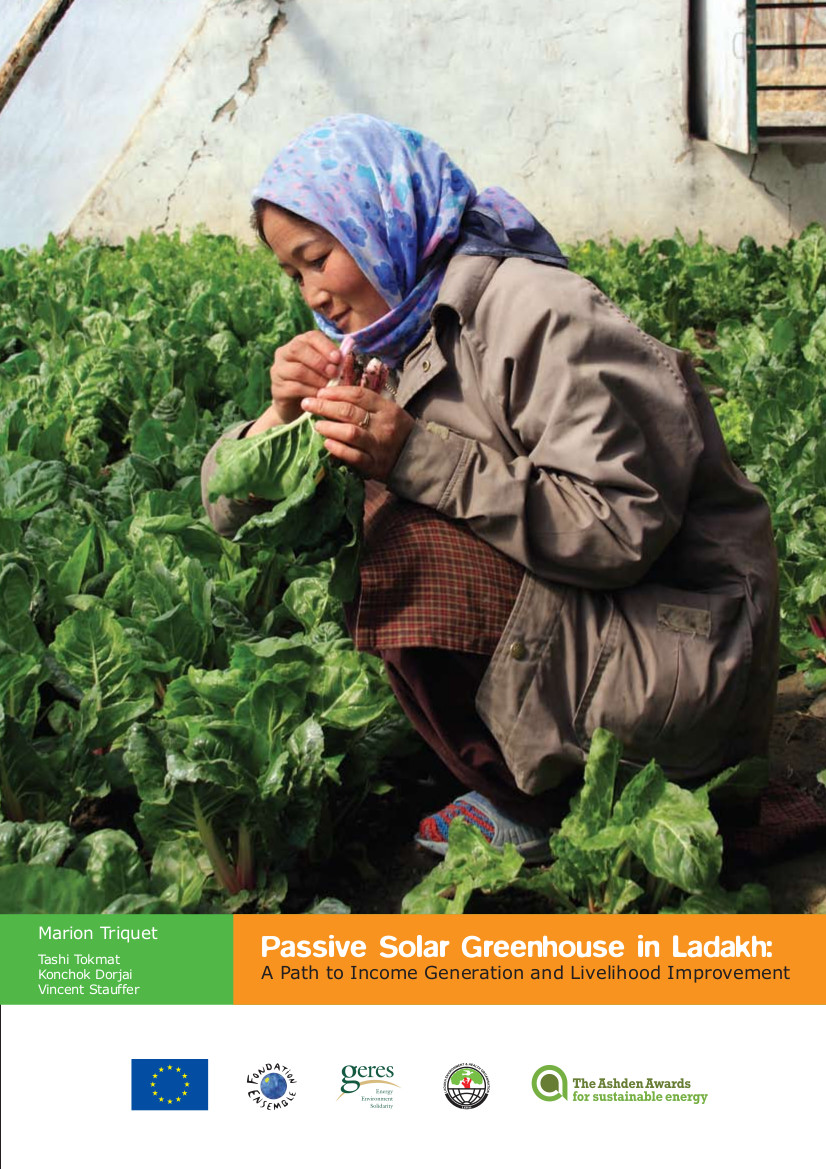 The issues of food security and nutrition are at the very core of sustainable mountain development, and yet they tend not to be given due consideration. Socially and economically marginalised, mountain people are more vulnerable to food shortages and chronic malnutrition due to a variety of factors, such as their isolation, the harshness of the climate to which they are exposed, and the difficulty to grow nutritious crops on a difficult terrain.

In this regard, the implementation of the passive solar greenhouse project offers a valuable experience as to the possibilities of supporting small-scale farmers living in cold arid regions improve their livelihood. The greenhouses, heated entirely by sunlight to keep the inner temperature high enough to grow vegetables even when outside temperatures drop to -25°C, support the development of seasonal and off-seasonal vegetable production (crops such as spinach, coriander, onions or garlic) that improves: (i) the dietary intake of populations living in remote areas; and (ii) the access of vulnerable farming communities to an increased amount of basic services through income generation. Simple to build, using cheap locally sourced material and labour, each greenhouse constitutes a relatively minimal investment, to which the owner contributes the largest part, mostly in kind.

Based on reinforcement of local capacities, technology transfer, R&D and a network of local NGOs, the methodology has taken into account a great variety of contexts thanks to a flexible approach of the implementation phase. This flexibility, and capacity of adaptation, ultimately proved to be key factors in the project’s overall success.

Thanks to its sustainability, its reliance on local resources (both human and natural), and its positive environmental impact in the longer term (through the reduction of vegetables imports by air or truck), this project has been awarded at the 2009 Ashden Awards.

Passive solar greenhouse in Ladakh: a path to income generation and livelihood improvement