The consortium : a pertinent Tool or a high-risk trap? 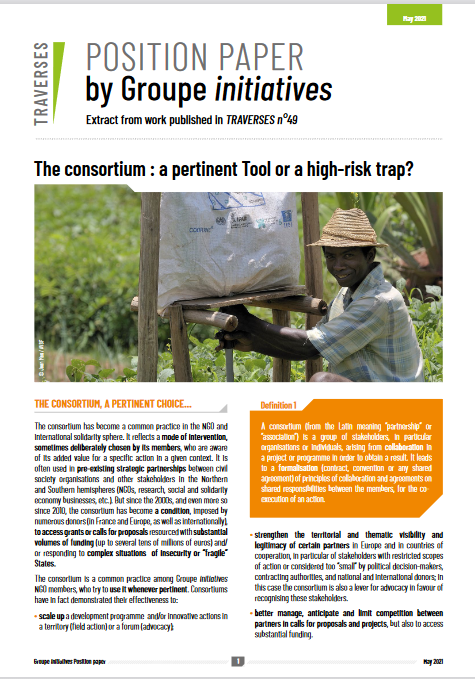 The consortium has become a common practice in the NGO and international solidarity sphere. It reflects a mode of intervention, sometimes deliberately chosen by its members, who are aware of its added value for a specific action in a given context.

It is often used in pre-existing strategic partnerships between civil society organisations and other stakeholders in the Northern and Southern hemispheres (NGOs, research, social and solidarity economy businesses, etc.). But since the 2000s, and even more so since 2010, the consortium has become a condition, imposed by numerous donors (in France and Europe, as well as internationally), to access grants or calls for proposals resourced with substantial volumes of funding (up to several tens of millions of euros) and/or responding to complex situations of insecurity or “fragile” States.

The consortium is a common practice among Groupe initiatives NGO members, who try to use it whenever pertinent.

Position paper the consortium : a pertinent tool or a high-risk trap ?

Our fields of expertise