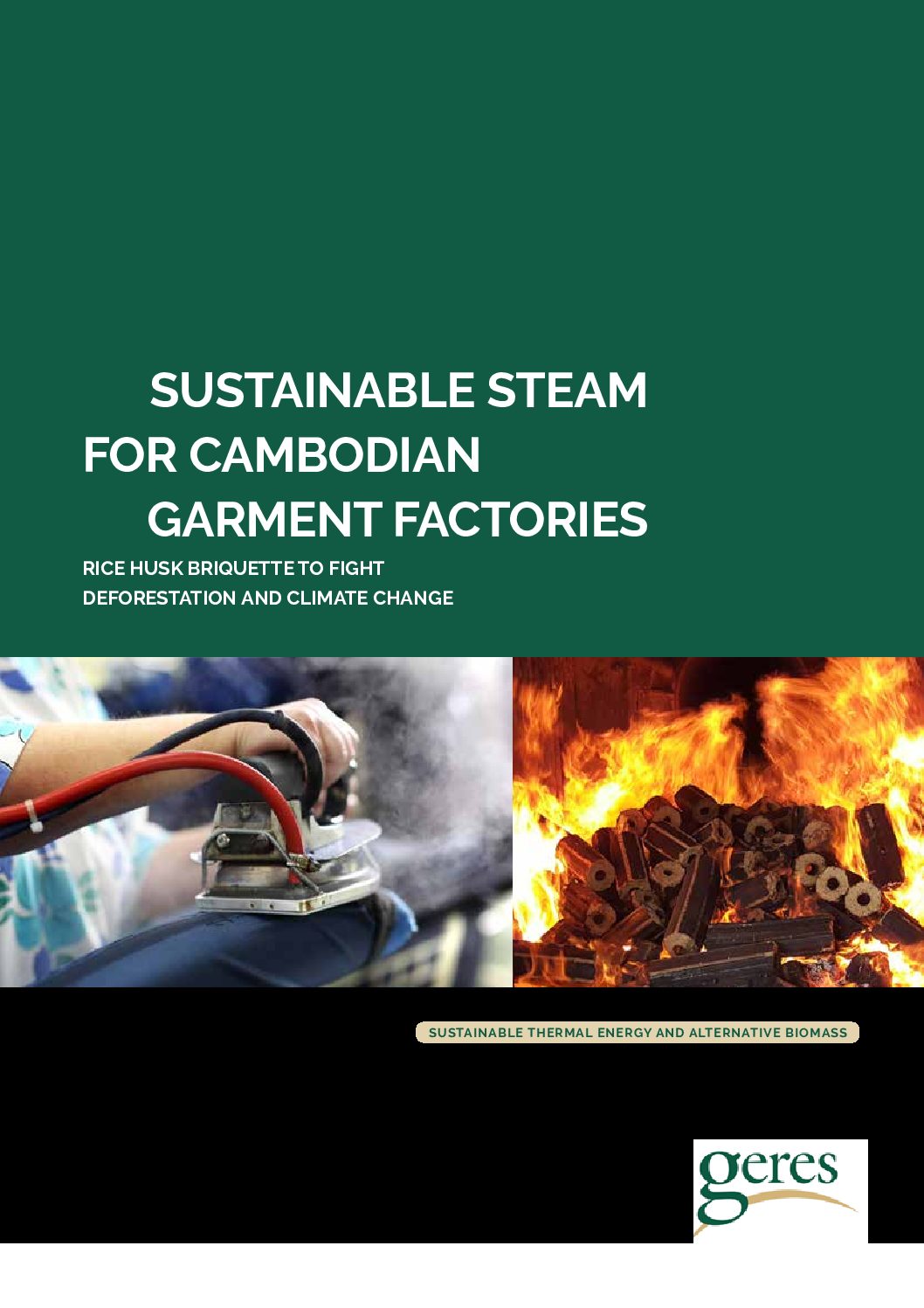 Cambodia is facing a major environmental threat because of deforestation resulting from forest conversion to agricultural land but also from the use of forest wood as fuel. More than 780,000 MT of wood are burned every year by the industrial sector in Cambodia, including at least 300,000 MT by garment factories only, mostly for steam production. This represents 3,500 hectares of forest every year. Natural forest stores CO2 from the atmosphere. Burning wood from non-sustainably managed forests releases this CO2 into the atmosphere thus contributing to climate change.

However using agricultural residues, such as rice husk, can be considered carbon neutral since the CO2 released during the combustion is reabsorbed every year by the crops during the next growing season.

International companies are therefore encouraging their garment suppliers in Cambodia to switch from unsustainable firewood to greener fuels such as rice husk briquettes.

Our fields of expertises