Under the sun of Provence, bioclimatic greenhouses for independent, ecologically responsible farming

Steered since January 2016 in the French region of Provence-Alpes-Côte-d’Azur with the aid of Geres, the Agrithermic consultancy and Groupe de recherche en agriculture biologique (GRAB), the concept of bioclimatic greenhouses is attracting more and more attention from growers. Both ecologically sound and economical, a bioclimatic greenhouse can regulate itself using the sun’s energy. By early 2020, 685 m² of greenhouses were finalized, with six pilot operations using five different technologies. Principles and testimony.

Proof of the growing enthusiasm: last March, some sixty professionals, producers, budding nursery operators and students from the region showed up during a visit organized by Bio de Provence under the bioclimatic greenhouse of Marie Moyet, owner of an organic nursery in Aubagne.

The aim, as explained by Marc Glass, Energy project officer at Geres and the main speaker on that day, is to “capture, store during sunny periods and finally re-radiate the heat during the night and cloudy periods”.

“It’s now four years since I began operating with a bioclimatic greenhouse and, in my case, the system helps me to ensure earlier plant growth, secure my production and, more broadly, keep my business going”.

“There is an element of security for operators too” adds Marc Glass, who is also in charge of the whole thermal component of the project (…) If it freezes in a traditional greenhouse, someone may have to go out at night to regulate the heating. With a bioclimatic greenhouse, operators can sleep easy because frost is virtually non-existent.” 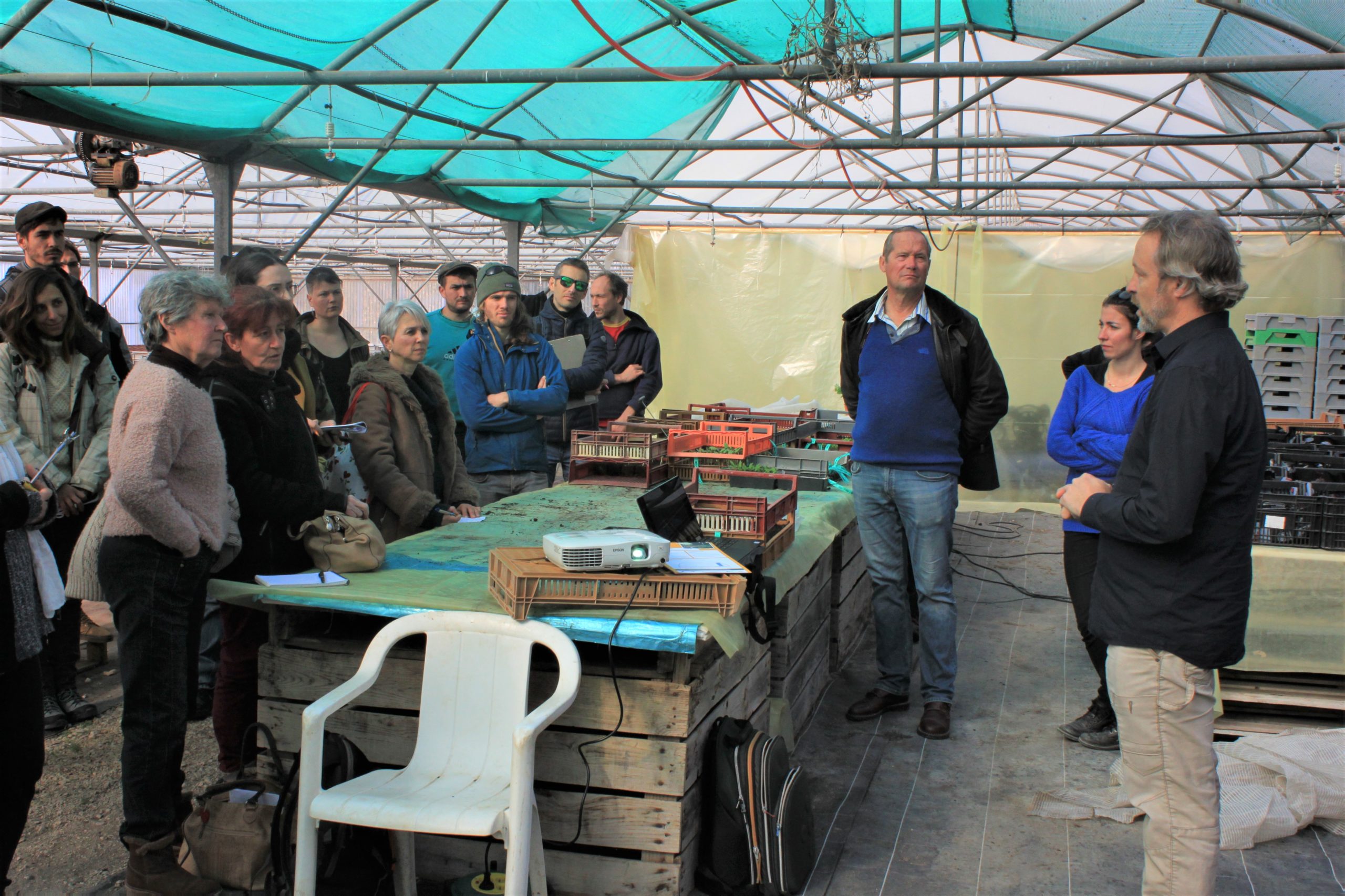 Genesis of a 100% eco-responsible farming model

To find the origins of this ingenious idea, you have to travel to northern Asia and especially the Himalayas.

Faced with very cold temperatures by night (as low as -20°C in winter) and exposed to very high levels of sunshine by day, the region decided in the 1990s/2000s to redynamize classic greenhouse production by offering a model based on the passive aspect of the sun. Result: growing then becomes possible courtesy of the re-radiated solar heat, even when the night-time temperature outside is cold.

A decade later, the concept slowly began to take hold in southern France. It was the turn of the Provence-Alpes-Côte-d’Azur region to have a go. And it’s working. 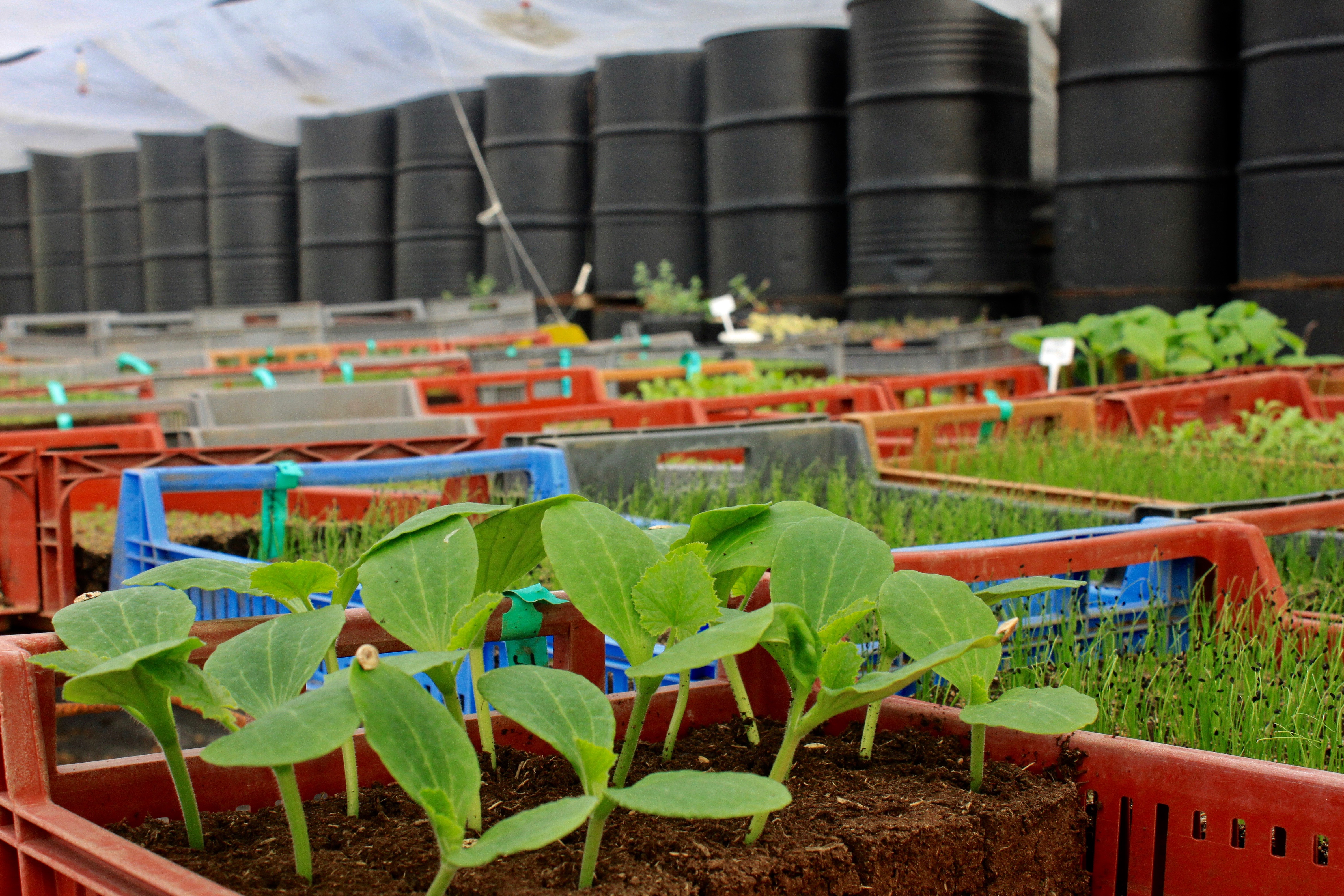 The sun provides us with two kinds of energy needed for the greenhouse to self-regulate:

Before launching into installation of a bioclimatic greenhouse, five important points must, according to Marc Glass, be borne in mind:

Since 2016, Geres has been monitoring six greenhouse operations. All of them are mainly used to grow seedlings, but adopt different models. There are presently five kinds: 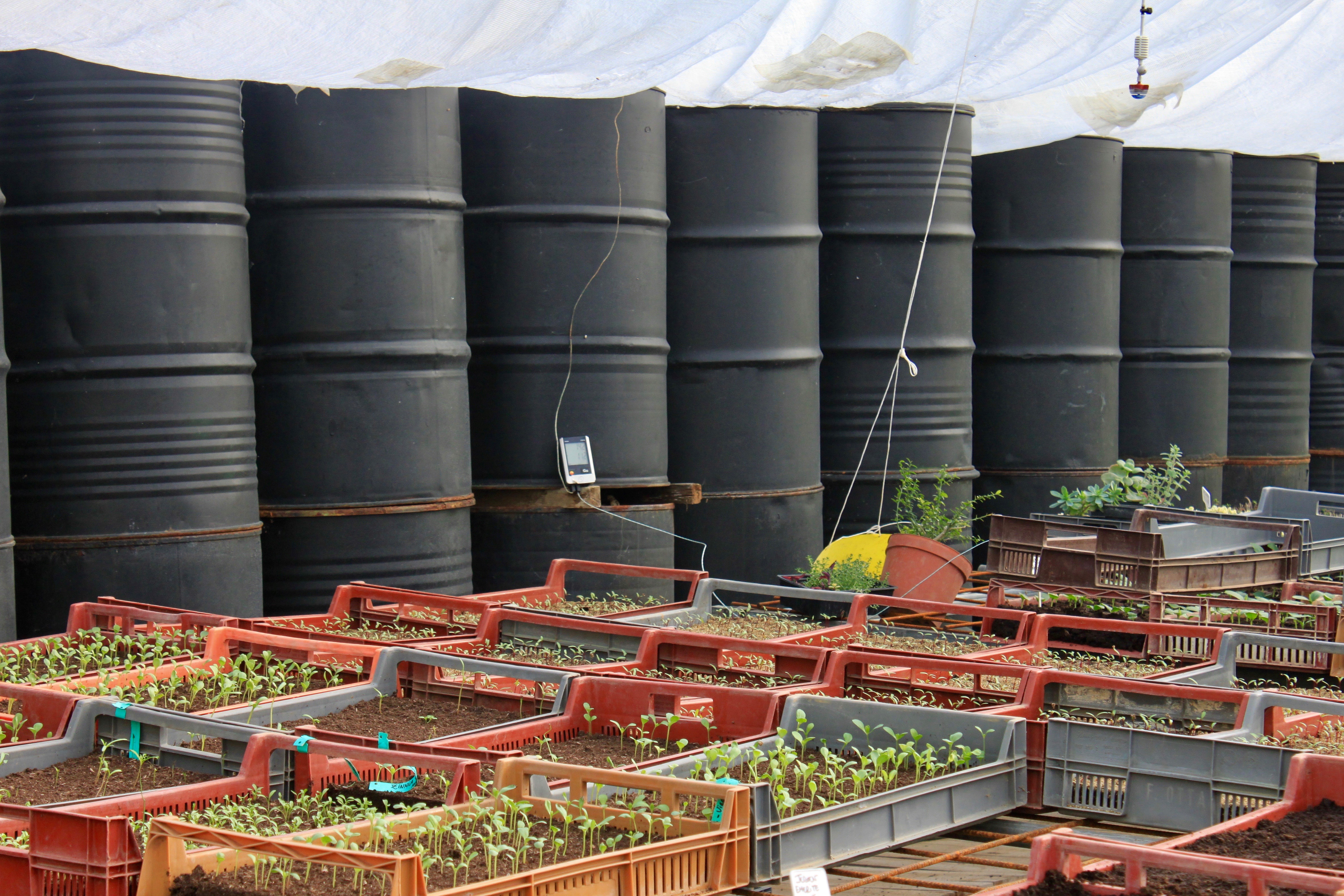 Presently, based on all the data collected over four years, we can conclude that all the bioclimatic greenhouses have a delta temperature going from 6°C up to 15-20°C between the outside and inside.

In other words, if it’s -10°C outside, it will be 5°C inside. And all that without any additional power or heating!

We can also proudly say that none of them has experienced below-zero temperatures over the last three years.

A project developed thanks to funding from the Provence-Alpes-Côte-d’Azur region , the Environment and Energy Management Agency (Ademe) and the Itancia Endowment Fund.

Find out more about Geres support in rolling out bioclimatic greenhouses in the Provence Alpes Côte d’Azur region .

An article written by Anna Revert, communication officer at Geres