Kabul Green Homes Project draws on the experience and best practices acquired during the implementation of AFG-TAJ project implemented in Afgahnistan and Tajikistan funded by AFD. It applies solar passive and energy solutions in 15 districts of Kabul City where the housing, heating and pollution problems are most acute.

Kabul has seen a major influx of population in the last decade peaking from ca. 1 million to 5 million inhabitant in 2018. Despite the security context but also because of the impact of decades of war on the infrastructure, construction and re-construction have been booming to meet the growing demand. While Kabul housing sector encompasses traditional houses built of mud and straw together with modern buildings made of reinforced concrete or sometime a mix of both, the energy efficiency concern is largely underrated in the planning and construction of building.

This could seem paradoxical given the harsh and long winter the capital faces and the relative cost of energy for most families. As direct consequences of this situation, health issues rise due to thermal discomfort, economic vulnerability and energy poverty increase for households and, last but not least, air pollutants level rise to critical levels for all Kabul inhabitants. Indeed, more than 90% of low- to middle-income families use biomass (wood,coal, dung, sawdust,etc.) for heating purposes in largely inefficient stoves, putting pressure on natural resources and dramatically decreasing air quality inside their houses but also city-wide. (Source: Social Energy Assessment of Domestic Energy Practices (SEADEP) 2014 & baseline study  KGHP 2016)

The levels reached in winter have qualified Kabul as one of the most polluted capitals in the world and Afghan Government has highlighted air pollution as second biggest challenge after security related matters.

Electricity cannot be seen as a short to medium term solution for heating because of  limited connectivity to the grid for a significant part of Kabul population, a very high cost and limited structural  availability in winter (low production or import of regional hydropower). On the civil society scene, the overall people awareness on climate change and environment issues is fairly very low but however action can be built on a limited number of organisations active in the energy efficiency sector and a larger network of active NGOs and agencies working in the renewable energy and environment protection sectors. 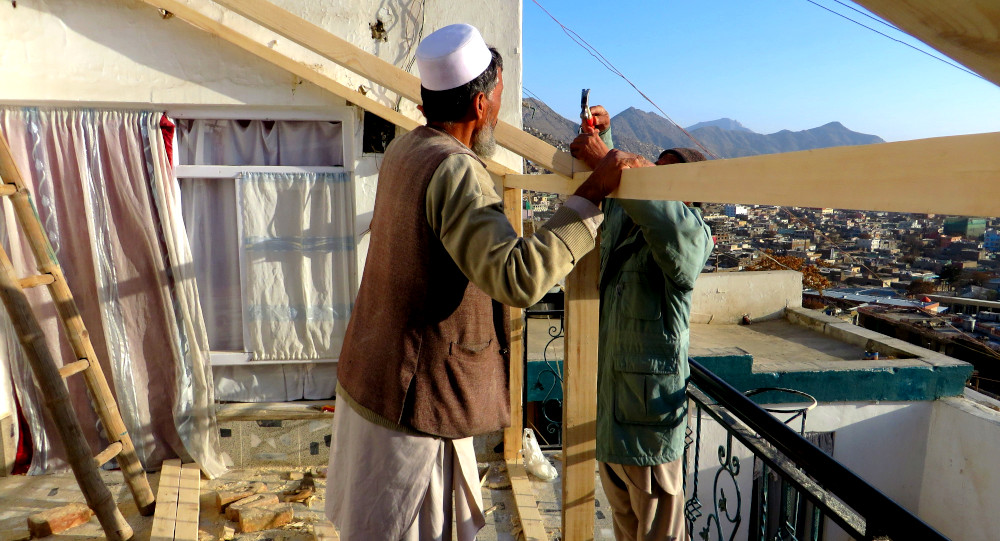 With broader objective to produce large-scale and market driven Energy Savings Solutions (ESS) and ensure uptake of their consumption by individual households in Kabul, the project intends to contribute to :

With 15 months of arduous work remaining, KGHP so far reached those key results: