Beatriz Maroto Izquierdo, Geres Country Director in Mongolia receives the honors of the province of Arkhangai

Last September, the vice-governor of the Mongolian province, Mr. Munkhbat V., surprised Mrs. Beatriz Maroto Izquierdo, Mongolian representative in Geres, by awarding her the “Medal of Honor” for her contribution during the last four years to the work of Geres in Aimag. A great recognition for the whole team.

“Geres has done a splendid job in Aimag since 2012 in developing the organic vegetable growing sector, working on energy efficiency in public buildings and contributing to the fight against climate change in the province.” said the vice governor.

This is a great source of pride for the entire Mongolian team, which has multiplied its actions in favor of greater climate solidarity over the past four years on Mongolian territory.

Indeed, through our Impact project, Geres built two bioclimatic greenhouses in a school in the province of Arkhangai. Implemented since 2019 and planned until 2022, Impact project aims to strengthen the power of action and decision-making of women in the agricultural sector in Mongolia.

Learn more about the Impact project: promoting the role of women in rural economic development in Mongolia

Regarding our current project dedicated to energy efficiency and thermal comfort of Arkhangai schools, we are proud to have already achieved the following actions, such as:

This is a lot and we are proud! That’s why, we would like to warmly thank Mrs. Beatriz Maroto Izquierdo for her work for 4 years at Geres and more broadly, all the Mongolian team for their commitment for 12 years. And we would also like to thank the government of Arkhangai for this public recognition. 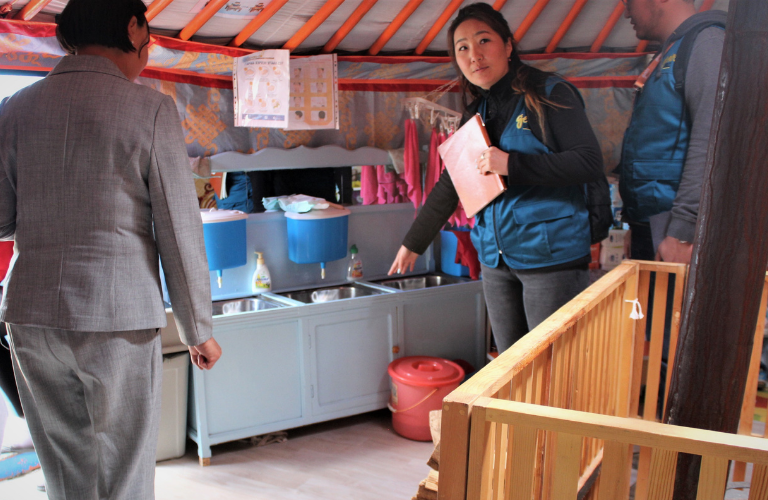